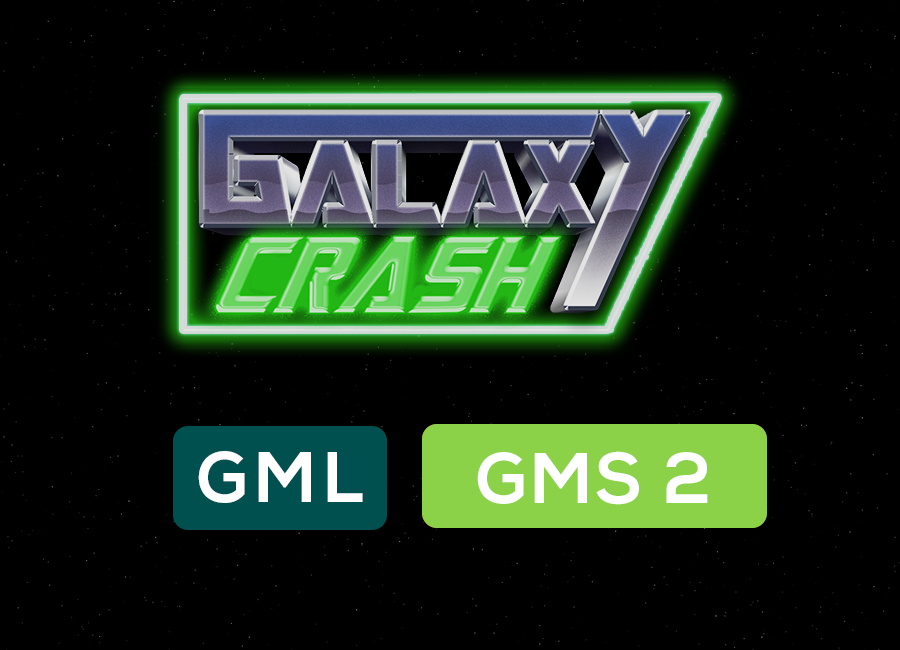 No Signal
No Signal is a game created in 30 hours for the University of Gloucestershire Game Jam 2019. The theme of the jam was 'Waves'. 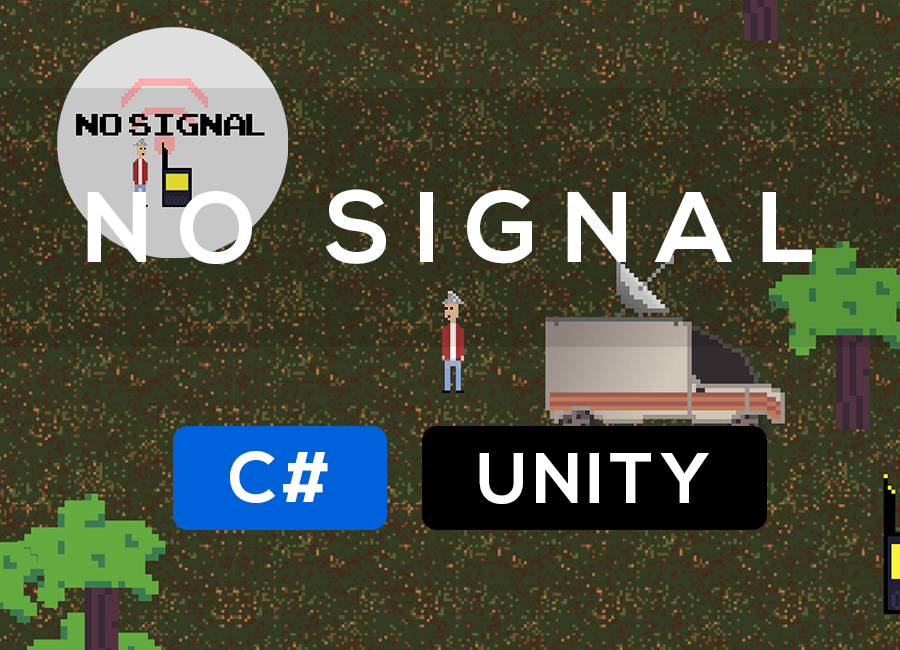 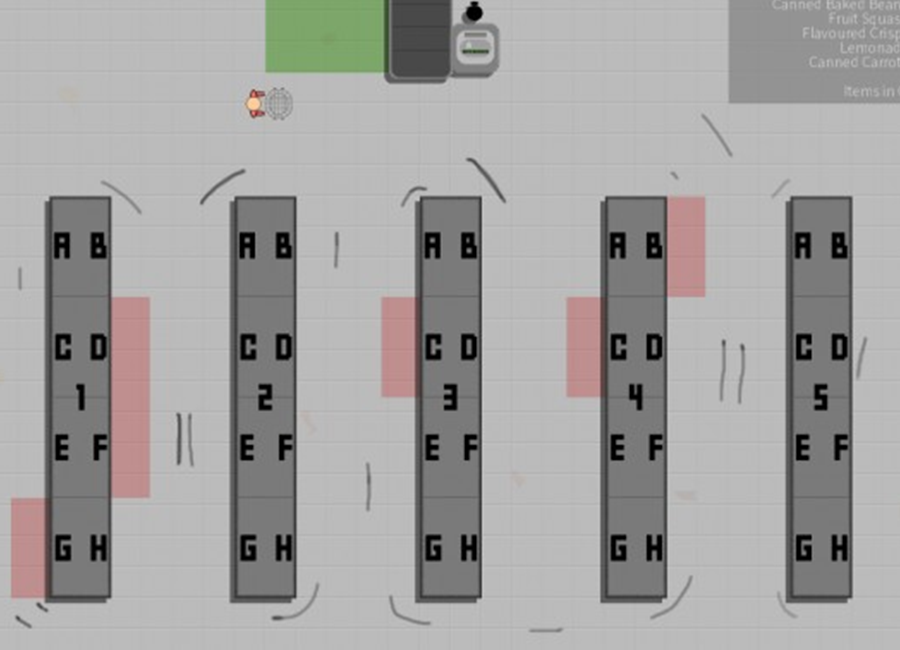 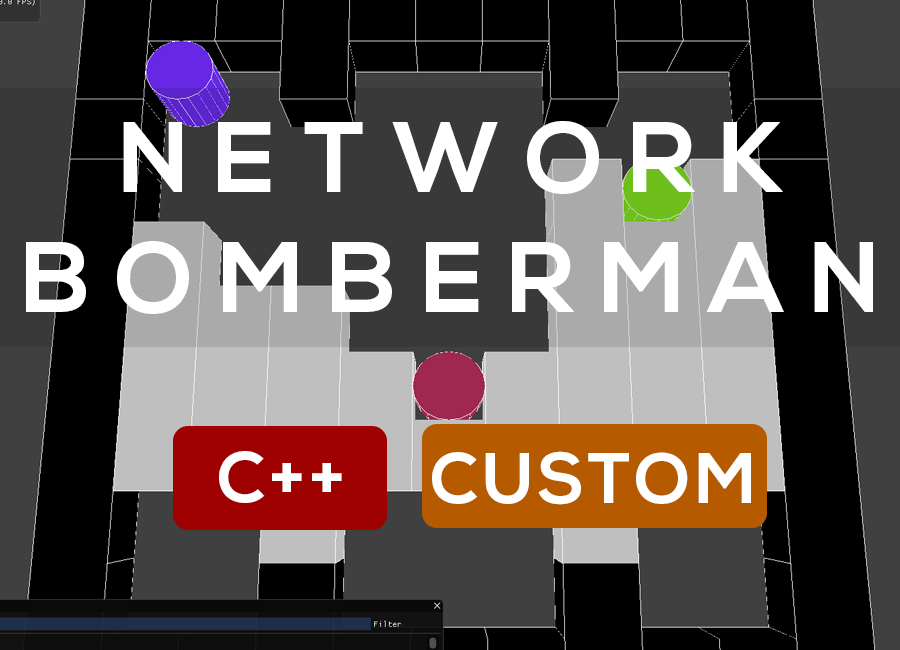 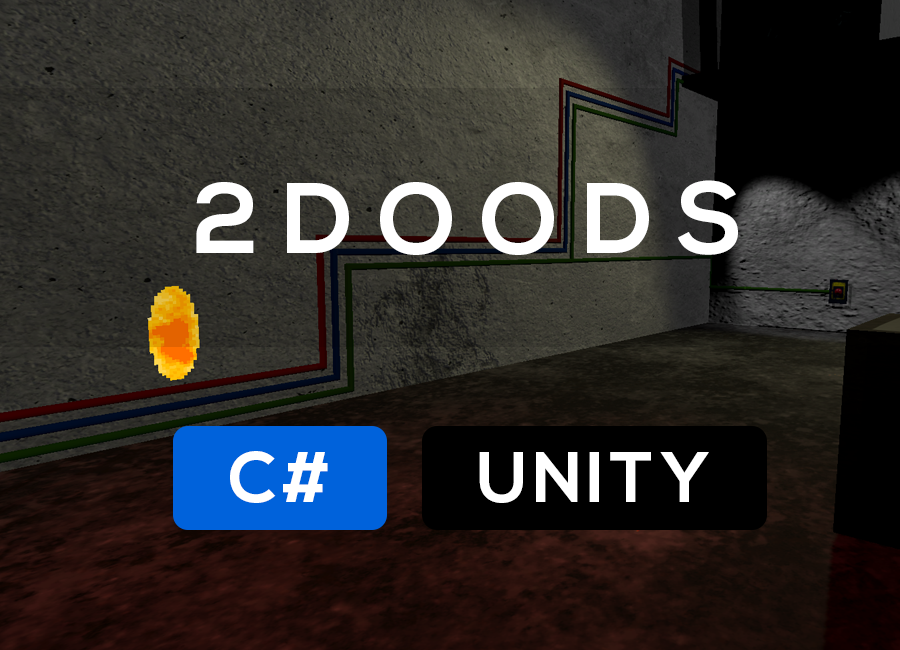 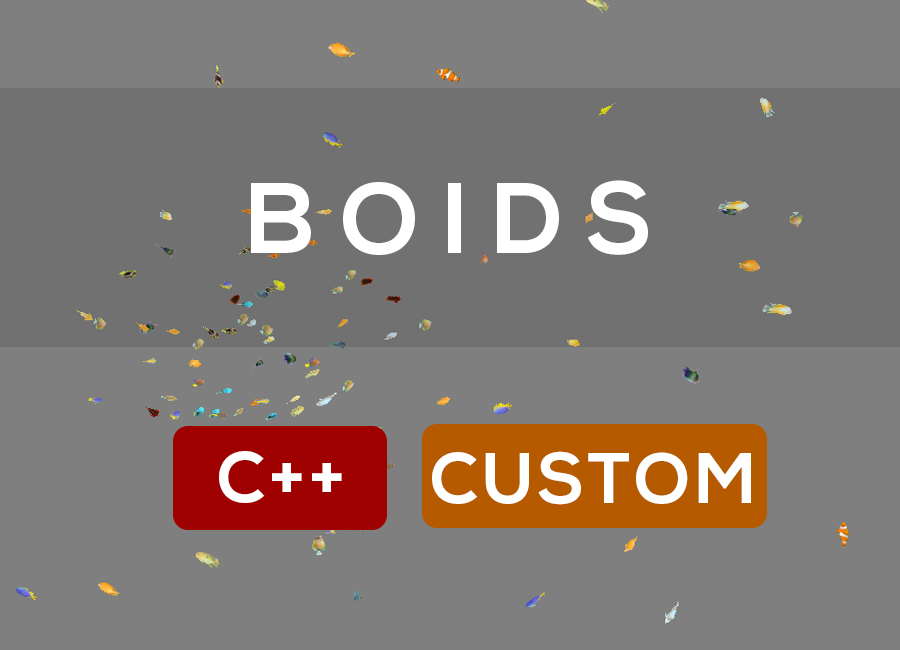 I Can't See
I Can't See is a VR Experience where the player must get ready in the morning. The Twist is your are blind! 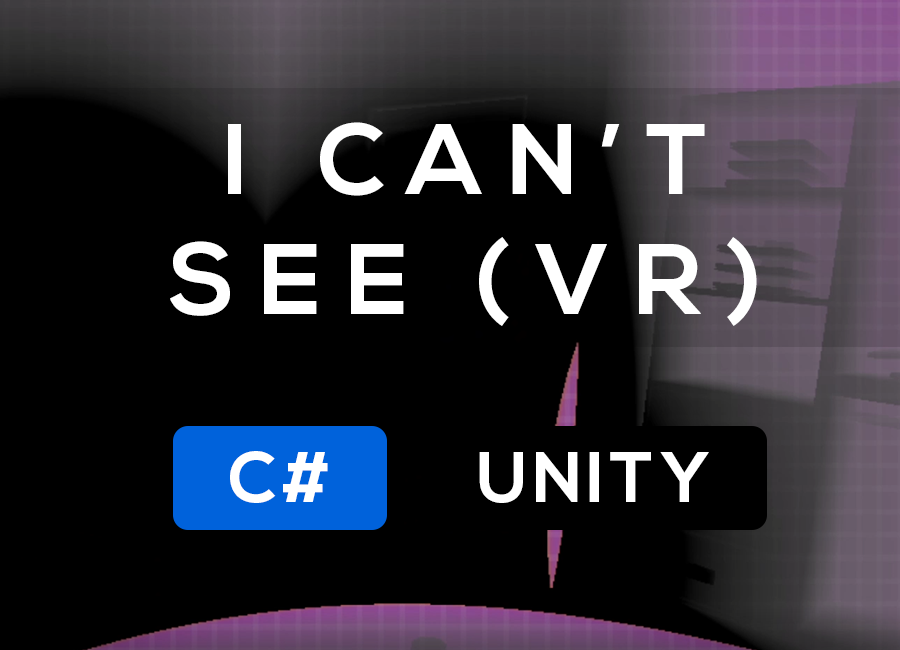 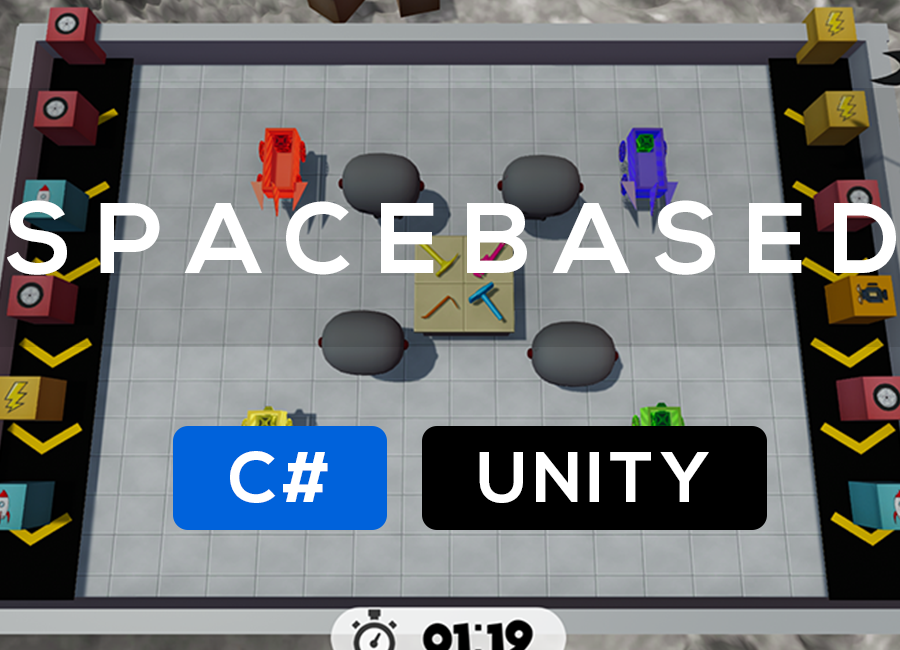 Android Golf
Android Golf is an android based mini golf game developed for a first-year assignment. 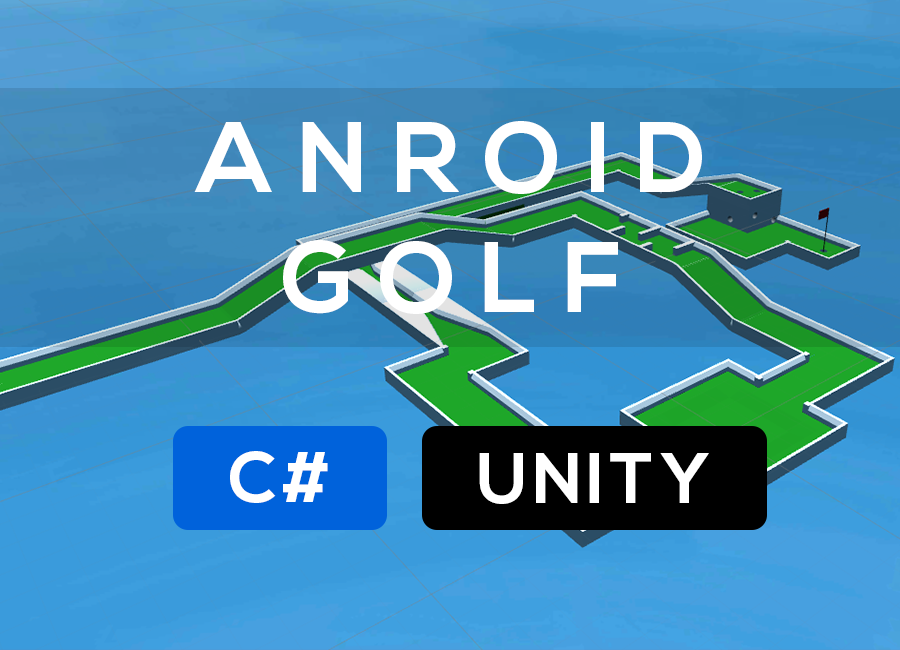 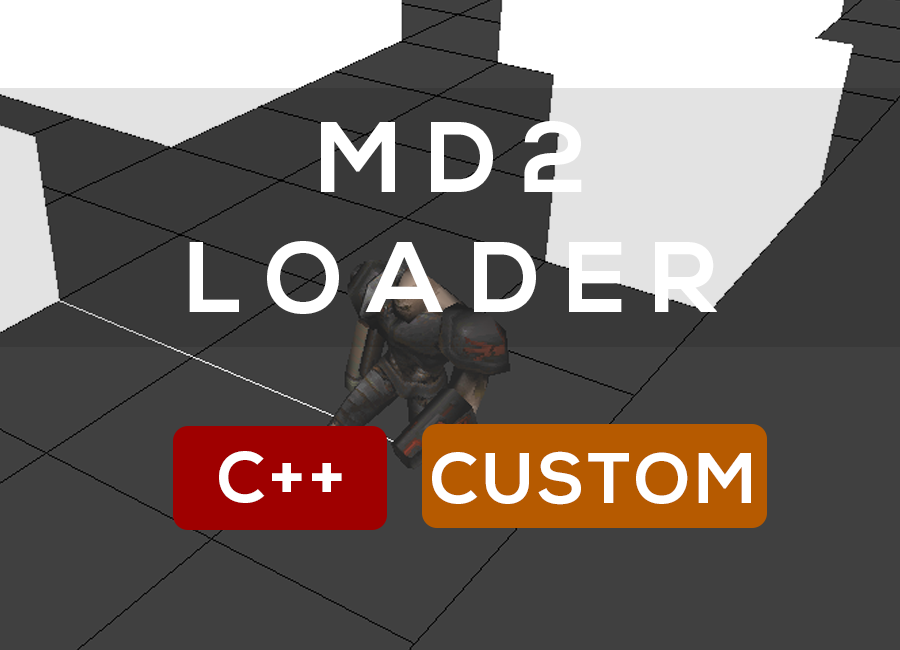 The best way to contact me is to send me an email at the following address:

This project is a Networked Version of the game bomberman and was created using OpenGL for rendering and Raknet was used for the networking stack. The project uses a authoritative server a dumb client architecture where clients connect and send packets to the server which processes the events in the game world. Up to 6 players can connect to a server and the server owner can set a number of perameters, such as max player and wait timers, as well as the level rotation. Game levels are downloaded from the Server and then are played by the clients. Once a match is completed the clients are prompted to either disconnect or play again.

The project includes an interpolation technique as recomended in the RakNet documentation. This system writes positions that it receives from the server, which dictates the current game state, and interpolates between the time that those messages were sent and the current time to provide the position to the client. This means that if we miss a packet or receive a packet late, we lerp towards a more updated position rather than teleporting. This also means that we don’t need to send a position every frame because we use both time and the position.
Dead reckoning is used in addition to this, as inputs from the client are only sent to the server when they change so that if inputs are received late the player simply keeps remaining direction of travel.

I was the solo contributor to this project and thus implememented all of the gameplay and networking code
Features Implemented:

2Doods is a puzzle game where the player must shift between a traditional 3D first-person perspective and a 2D perspective where the player is walking within the walls of the level, similar to a traditional platformer style of game. This idea opened a number of puzzles that we could create by creating certain elements that can only be completed in 3D and some only in 2D, as well as transferring objects between these two planes of interaction. This was inspired by the book series 'Flat Stanley' and Children's TV show 'Roy', both feature characters that have been 'flattened' and can do things such as slipping through gaps in door frames.

I was the programmer in a team of 2, one programmer and one designer, so implemented all of the features present in the game.
Features Implemented:

For this project I created a Boids Simulation using C++. Boids are an artifical life program which simulate the flocking behaviour of Bird-oid Objects.
Boids are an example of emergent behaviour, that is, e complexity of Boids arises from the interaction of individual agents (the boids, in this case) adhering to a set of simple rules. The simple rules that Boids adhear to are:

For my Project I created a simulation of the flocking of fish. In addition to the flocking behaviours the boids avoid dymanically placed collision objects. The collision detection is handled by the intergration of the ReactPhysics3D libary and rendering with OpenGL.

The project has been implemented to work as an ECS (Entity Component System) framework where the each element of an object is a seperate component (i.e Transform, BoidBrain, Raycast, Collider etc.) in the same way as most popular game engines do.

As the solo programmer of the project I implemented all of the the features present in the simulation
Features Implemented:

I Can't See is a VR experience where the player takes the role of a blind person starting their day.
I Can't see was created as a group project for a Universtiy Module 'Experimental Games'. The concept was voted on by the student cohort and lecturers, becoming the most voted project.

We wanted to make the main mechanics focusing on how a blind person would navigate their home. This would be difficult to translate into vr since the primary focus of VR is visuals. We used Scanner Sombre as an inspiration for how the player will navigate the house. The player will be able to see a glimpse of the house every time they create noise, that noise could be throwing an object on the ground, the players footsteps or even using their voice through a microphone. We wanted the mechanics to focus around normal everyday tasks such as brushing your teeth and making coffee.

Developing for VR and epecially a conecpt as unique as ours requires systems not found in traditonal games, you can find our more infomation about how we approached and implemented these systems in a number of blog posts we developed for the project. Additonally we kept a blog on the progress of the development of the game which can be found here.

This game was a group project consisting of 5 members, 3 programmers and 2 designers. I worked on the most the implementations of the background systems, for example VR interactions and Holdable Objects.
Mechanics Implemented:

Spacebased is a multiplayer party racing game where players construct their own cars. The game is split up into 2 stages.
The first is the construction stage where players are given 4 different part types to construct their cars (Wheels, Car Bodies, Engines and Turbos), each of these parts have 4 different quality options (Poor, Okay, Good, Epic), these qualities cannot be seen by players until parts are fitted to the car. Players have a limited amount of time to put these parts on their car before taking them into the race.
The race has the 4 players compete against each other with their different car part qualities influencing different aspects of the car (Handing, Boost, Max Speed, Acceleration etc.)

I was the only programmer in a group of 3 game design students and myself and the project was completed in 5 months. While I did not have to make a large design contribution, I had a significant amount of work to implement the planned features within the given deadlines. I also had to manage all of the asset importing into the unity project as none of my other team members had experience with Unity.

Android Golf is an android based mini golf game developed for a first-year assignment. The game features 18 levels of increasing complexity with a number of obstacles including water traps, hills/ramps,  holes and gates. It also includes scorecards and level transition animati​ons.

I was the only person on this project so managed all aspects of its creation including sourcing and creating assets, all programming and project time management.Mechanics Implemented

No Signal is a game created in 30 hours for the University of Gloucestershire Game Jam 2019. The theme of the jam was 'Waves'. The game takes a unique look at the theme and follows a UFO hunter protagonist with a radio scanner that he uses to track down aliens. This game was created in a team of 3 programmers and 2 designers.

In this project, I implemented the player movement, the radio scanner mechanic, level transitions. I also partly worked on the overall project management roles such as task assignment and asset importing.


This Game was nominated in the Top 3 of the UOG Game Jam and was then shown at the end of year show, where it ultimately came 2nd.

This project loads MD2 model files, originaly used in Quake, and decodes them before rendering them in to an OpenGL Framework. The models are loaded with appropriate textures and animations. They can then be naviagated around a maze with A* Pathfinding.

I was the only person on this project so all programing (other than the Open GL framework) were programmed by me. Mechanics Implemented

Super Supermarket Shopping Saga is a game where to objective is to complete someone's shopping. This is an old Ludum Dare Project from 2014, created around the theme of 'One Room'.
This is the first game jam that I had participated in and was a challenge in completing a project against a tight deadline.
The game requires the player to collect shopping from different isles in a supermarket before taking them to the till, against a time limit and utilises slippery physics to give the game wacky and fun movement system.

Galaxy Crash is my first commercial release which I have developed independently after successfully kickstarting the project in mid-2017. In this project, I have managed all of the development and have completed all of the programming for the game in GameMaker Studio 2 using the GML programming language. I have also managed contractors for the production of music, sound and art. The game was released in August 2019 on Steam.